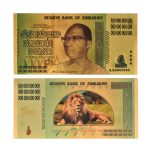 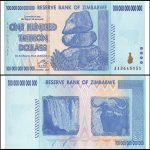 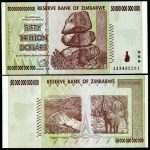 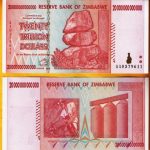 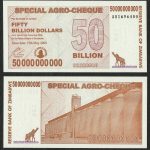 That’s the going rate for Zimbabwe’s highest denomination note, the biggest ever produced for legal tender—and a national symbol of monetary policy run amok. At one point in 2009, a hundred-trillion-dollar bill couldn’t buy a bus ticket in the capital of Harare.

But since then the value of the Zimbabwe dollar has soared. Not in Zimbabwe, where the currency has been abandoned, but on eBay.

The notes are a hot commodity among currency collectors and novelty buyers, fetching 15 times what they were officially worth in circulation. In the past decade, President Robert Mugabe and his allies attempted to prop up the economy—and their government—by printing money. Instead, the country’s central bankers sparked hyperinflation by issuing bills with more zeros.